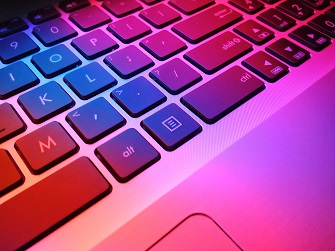 When developing ReactJS projects I often prefer to run my transpiled bundled code (produced via ‘NPM run build’) in a different way to my development code on a different local web server and, as I usually have IIS Express installed already, I prefer to use that than install new global Node based web server tools. Whilst the command line parameters for IIS Express are simple I have added them to this post to prevent me having to remember them in the future 🙂

To run IIS Express from the commandline use:

You can also specify a port number and other options if you require (see the documentation here).

I prefer to wrap this into a RunOutputBuild.cmd batch file that I can store with the code in the repo and fire up when I want to host my transpiled build output files.

This assumes the IIS Express installation location is the default one and that the script lives in root of the repo as does the \build folder. The useful %~dp0 key resolves to the local directory where the command script was run from.

I can then just run the command file and browse to the compiled site. Its also possible to add compilation steps and one to fire up the browser automatically if required. Alternatively you could write an NPM Script or Gulp/Grunt step that replicates this functionality to launch IIS Express.